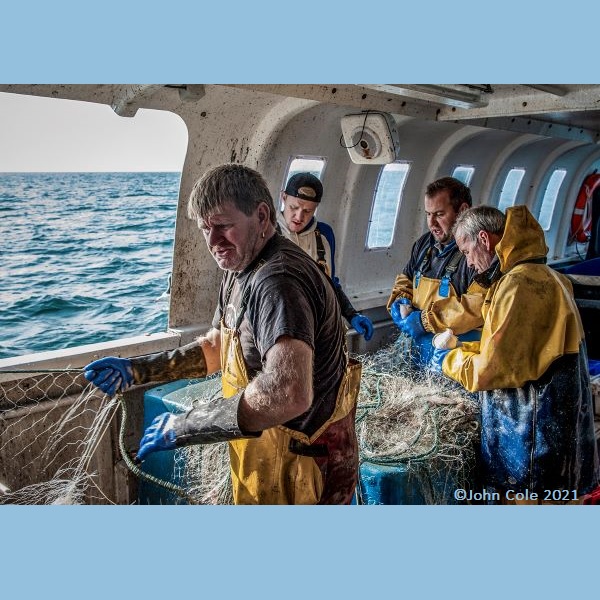 This exhibition is a photographic portrayal from the 1990’s to the present of the men and women of the Hasting’s fishing community, that is Britain’s oldest, and Europe’s largest, beach-launched fishing fleet. It is a community that has been in existence for over a thousand years — a community that is on the edge of extinction.

Profits from the sale of photographs in this exhibition and copies of the book will be shared with the Hastings Fishermen’s Protection Society.

For over thirty years John Cole has worked all over the world as a professional photographer shooting assignments for major news corporations including The Sunday Times, The Observer, Newsweek and Paris Match.

He finds this fun, but what John really loves doing is documenting ordinary people, doing extraordinary things, thereby giving voice to those who may not have a voice of their own.

Image: Jason Adams with his son Will, with crew Peter White and Gary Cornelius, on the Wilfie A, 2017