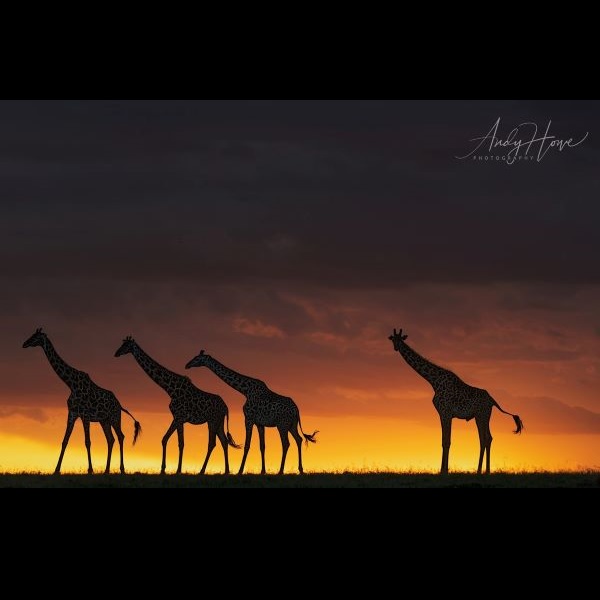 Andy Howe is a UK based wildlife photographer who specialises in capturing the personality and character of his subjects. He loves Africa and India and their native wildlife with a passion. Andy has been shortlisted in the Land Animal category at the 2020 British Photography Awards.

DUE TO THE CURRENT SITUATION WE ARE HAVING TO REVISE OUR EXHIBITIONS CALENDAR. NEW EXHIBITION DATES WILL BE ANNOUNCED AS SOON AS WE ARE ABLE.

Thank you for your understanding.

Andy likes to particularly focus his lens on Owls and birds of prey when he is at home and exploring his local patch in Bedfordshire.  He is never too long away from Africa however, and he leads small groups of photographers to the Maasai Mara region of Kenya several times a year to photograph the Great Migration and Africa’s big cats. He also takes long treks in Rwanda to photograph mountain Gorillas.

Andy donates images to worthy causes and is currently involved in the charity, Art for Africa Exhibition helping to raise funds for vulnerable and disadvantaged children.  He also actively helps the Remembering Wildlife charity for critically endangered species. He currently has three photographs exhibited in Indianapolis with the Agama Foundation.